I think that sometimes we just need to reprogram our brains and direct all of our energy into something great and good for the soul, which in this case, is roasting and peeling chestnuts. The sweet tender nuts are the big reward for the work you put in. Over the top, roasted chestnut, sausage stuffing is a recipe that I bake every year during the holiday day season. 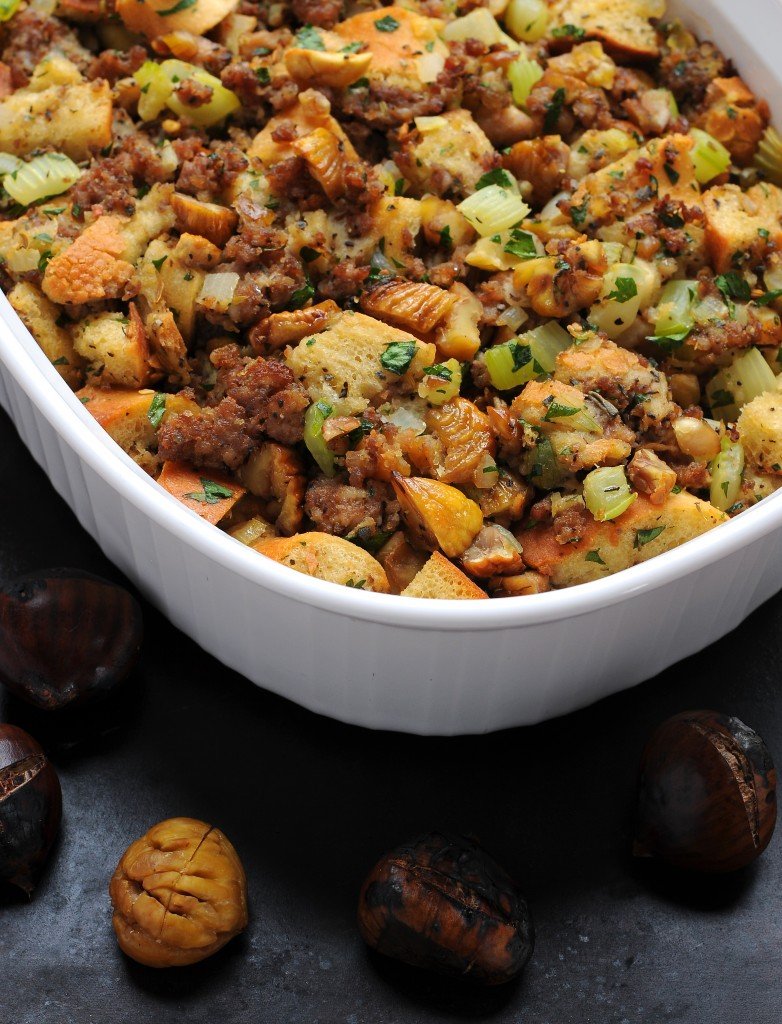 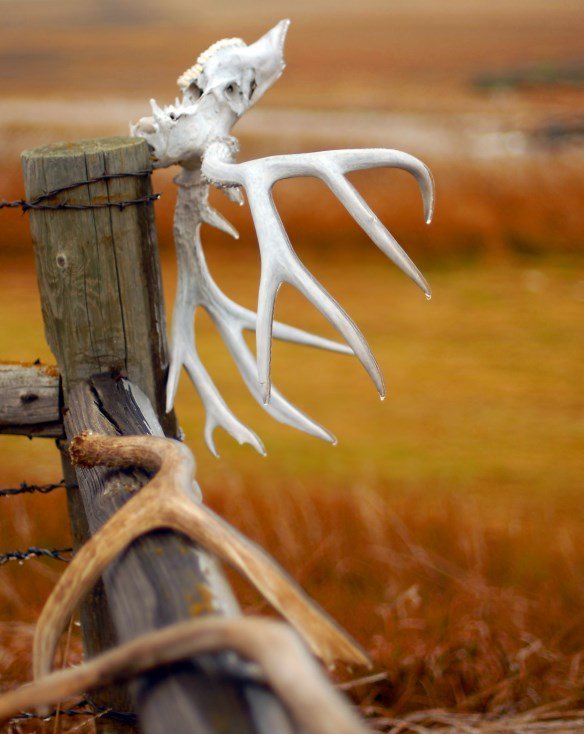 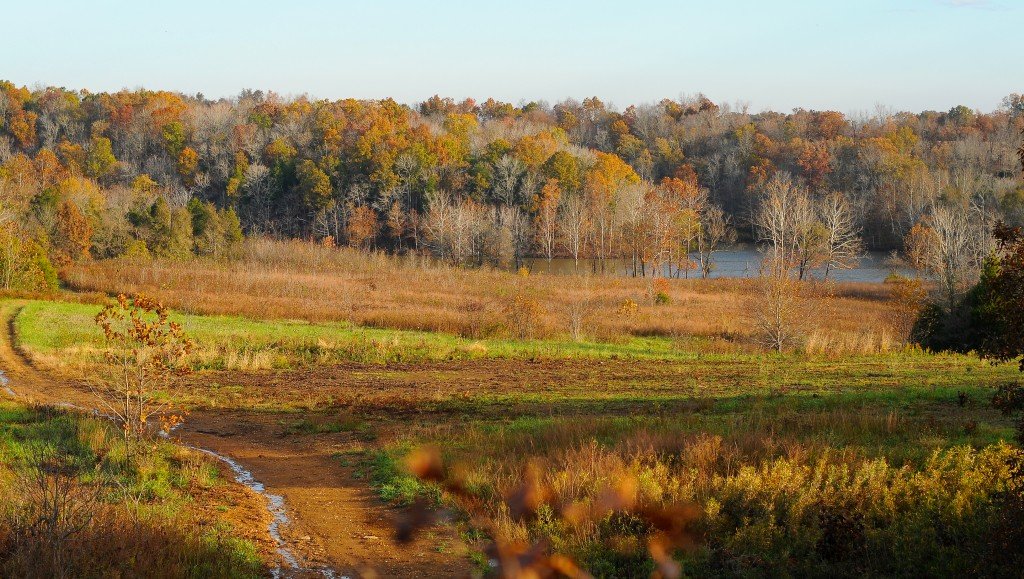 While hanging the hunting stands, I found what I thought were Chestnuts. After arriving back at the camp, I received a Chestnut history from Mark, the owner of Ducks and Bucks Plus, in Hopkinsville KY. In 1904, one of the greatest natural disasters in US Forrest history struck. A devastating fungus was discovered on chestnut trees and within a few decades, the chestnut blight had killed over 4 billion chestnut trees on more than 200 million acres in eastern North America. Well, so the chestnuts I found were actually buckeye seeds.
So I found chestnuts imported from Italy at my local market and had to get 2 bags.
I love fire-roasted chestnuts, it reminds me of Switzerland where you can purchase them in season from street vendors. 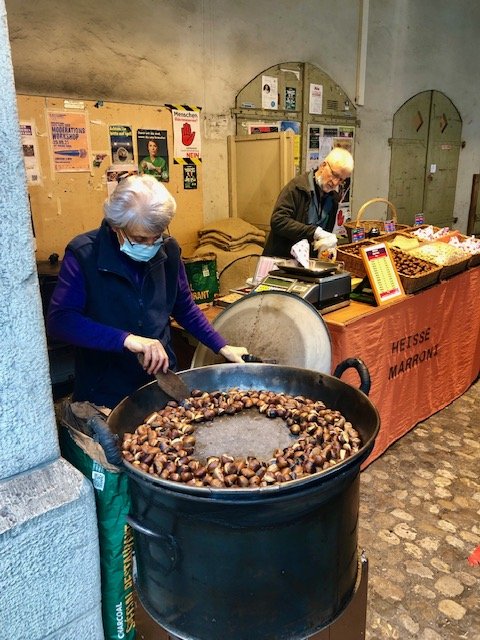 Roasted chestnut sausage stuffing is one of my favorite stuffings. The roasted chestnuts add with their sweet, nutty, buttery, and meaty texture that amazing flavor. Adding sauteed sweet Italian sausage seasoned with fennel and other spices gives the stuffing that aromatic kick. Roasting chestnuts is a deeply rooted Italian tradition that goes back centuries and it may be safe to say that roasted chestnut stuffing is an American Italian Thanksgiving tradition. Interesting fact: the Pilgrims called stuffing “puddings in the belly” and typically added herbs, hardened egg yolks, grated bread, cream, raisins or currants, sugar, spices, and nuts. I know one thing, we all agree, the best part is the leftovers that last for days and days.
On Thanksgiving day soon or later there is the stuffing vs dressing conversation and what is the difference between the two.
The simple explanation is that the only difference between the two is the way they are cooked. Stuffing is cooked inside the bird and dressing is baked in a casserole dish. In the midwest it is called stuffing, the Southerners are calling it dressing.  Regardless of which side you’re on, one thing we can all agree on is that the turkey day table isn’t complete without a great stuffing.

How to Roast Chestnuts:

First, light your charcoal grill. To prep, the chestnuts, use a sharp knife, making an incision about 1/8-inch deep through each chestnut shell, just into the flesh of the nut, and work your way almost around its circumference.  Roast/grill until the shells begin to char and peel back where you cut them.
The cooking time is roughly 15 minutes but watch them carefully to prevent burning. Chestnuts should be turned or tossed around on the grill every 5 minutes so they cook evenly and the shells do not burn excessively. Remove the chestnuts from the grill, place them into a bowl and cover with a moist towel for 15 minutes. Allowing them to steam a bit will make them easier to peel. Simply pull on the shell and slip the chestnut out. Some will be easier to peel than others. Both the outer shell and the tough brown skin around the chestnuts should be peeled off. 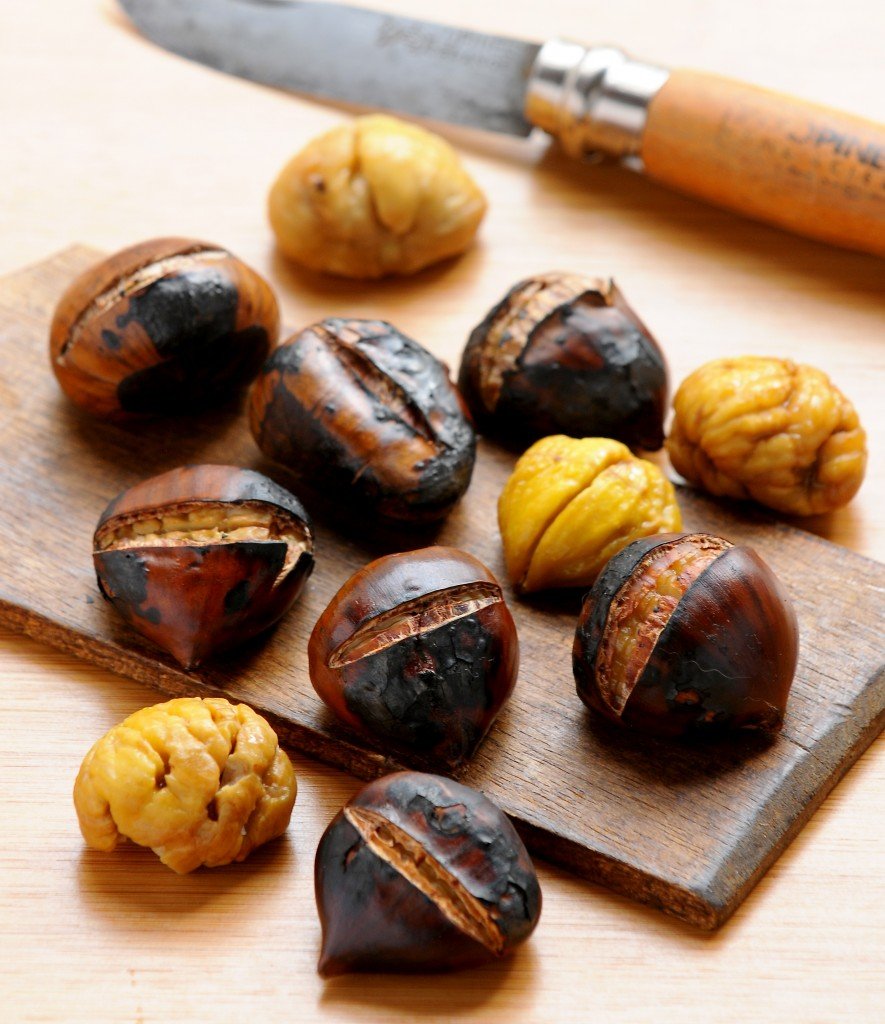 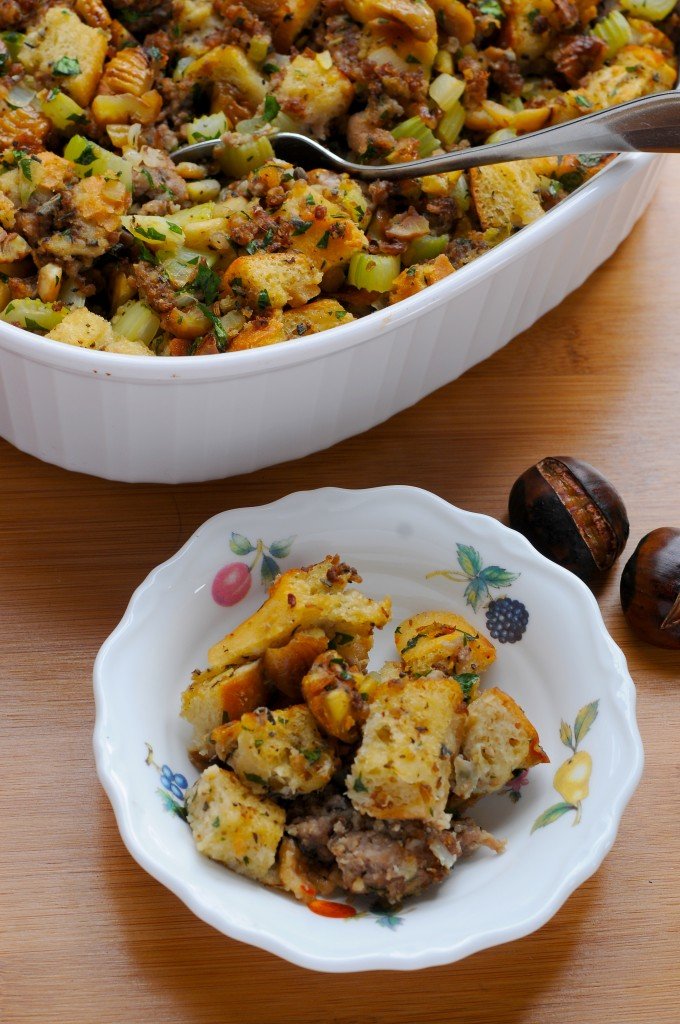 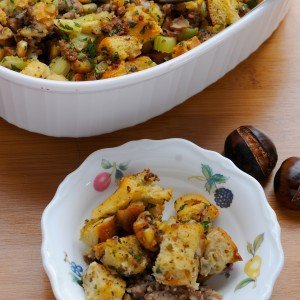 Keyword Fall, Stuffing
Tried this recipe?Let us know how it was!

The Best Ever Green Harissa Recipe

It’s a Chicken Soup Kind of a Day