These biscuits are good baked on their own or baked on top of a hearty stew to make vegetable or chicken pot pie. Served a comforting sausage gravy, a meal like that speaks Southern comfort. A biscuit is a traditional Southern bread, usually made with rendered lard; a time-honored recipe going back many years.  This is a very easy and traditional recipe made with self-rising flour, milk, distilled white vinegar, and rendered lard.  There is a lot of advice out there about baking biscuits, the most important thing is whatever you do, don’t overwork the dough.  The rest is simple and is all about good execution. 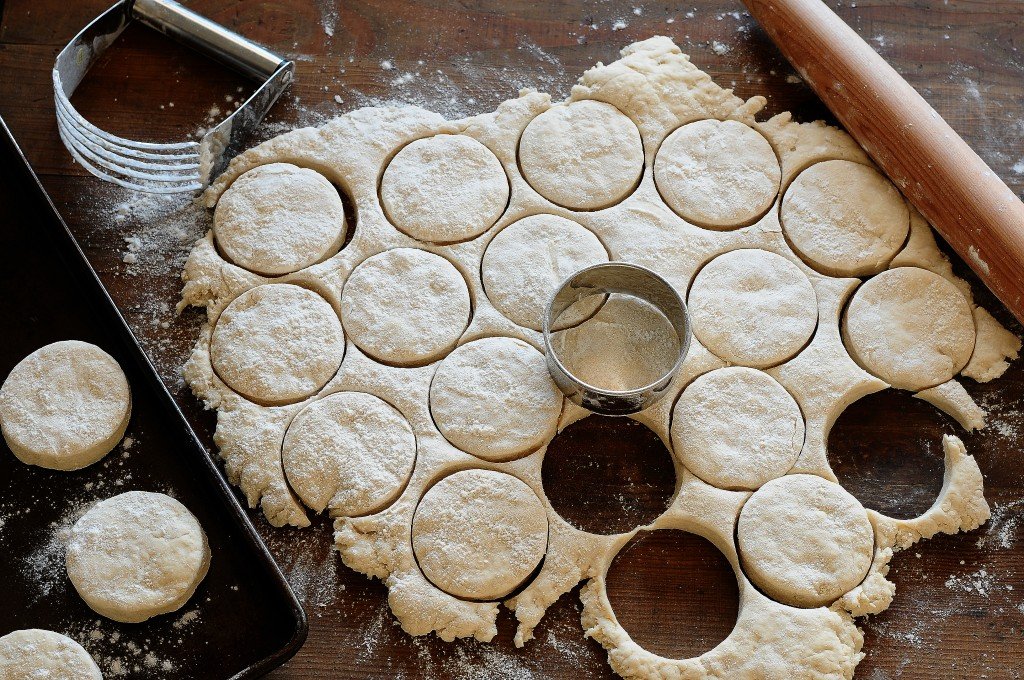 Finding rendered lard (that is lard that has not been hydrogenated) can be difficult to find sometimes.  So I cook my own rendered lard using Kidney fat.  As a matter of fact, you will always find a jar or two of rendered lard in my refrigerator. There is and always will be the great fat debate:  rendered lard, butter, or shortening?  I think I will stick with tradition and bake with lard.  There is a reason that so many cooks believe baking with lard gives you the flakiest biscuit or pie crust out there. 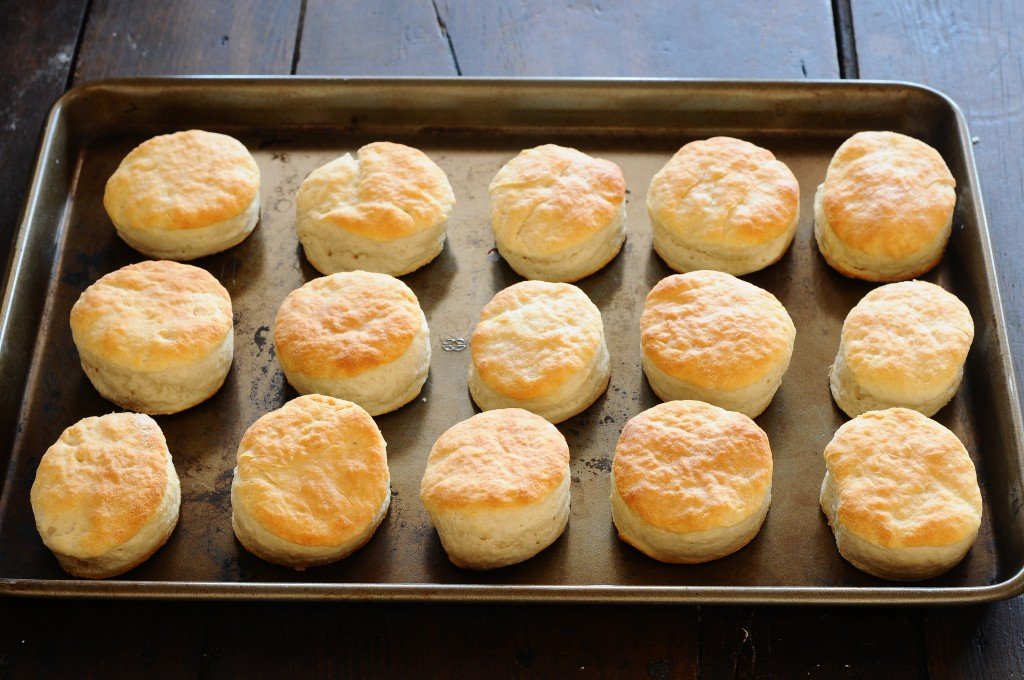 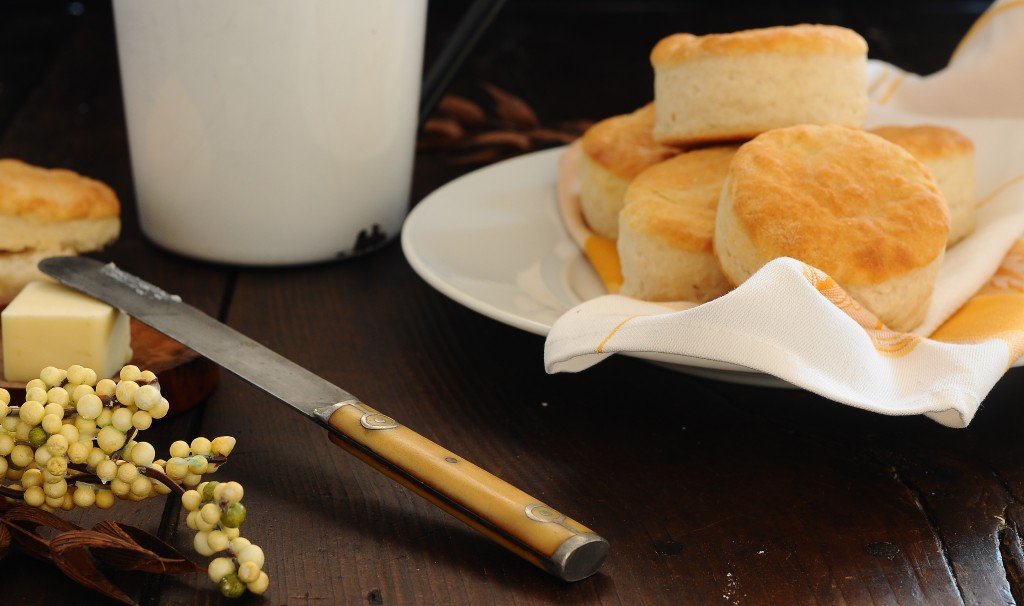 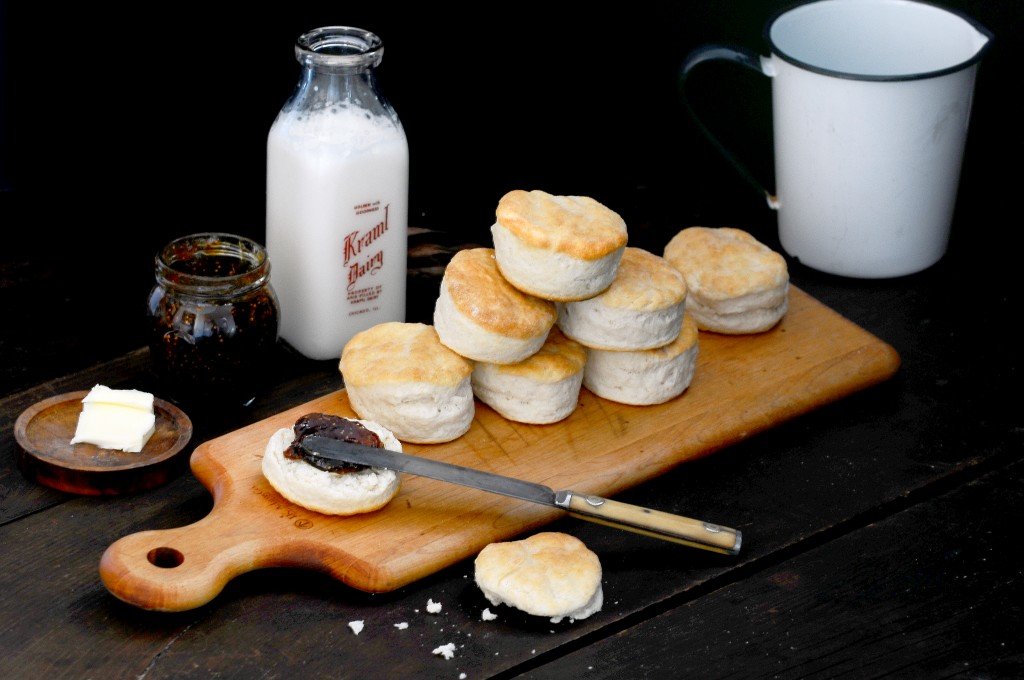 Biscuits are a staple in the South, for breakfast, lunch, or dinner and make a Southern meal complete. Southerners like to use self rising flour in their fried chicken breading, cornbread biscuits, and in their cakes, pancakes, and cobblers.
Self-rising flour is basically what it sounds like.  It is an all-purpose flour to which baking powder and salt have been added.  The first time I heard of biscuits and gravy was in Kansas City and I thought of biscuits and gravy as the original frontier food that conquered the wild west. 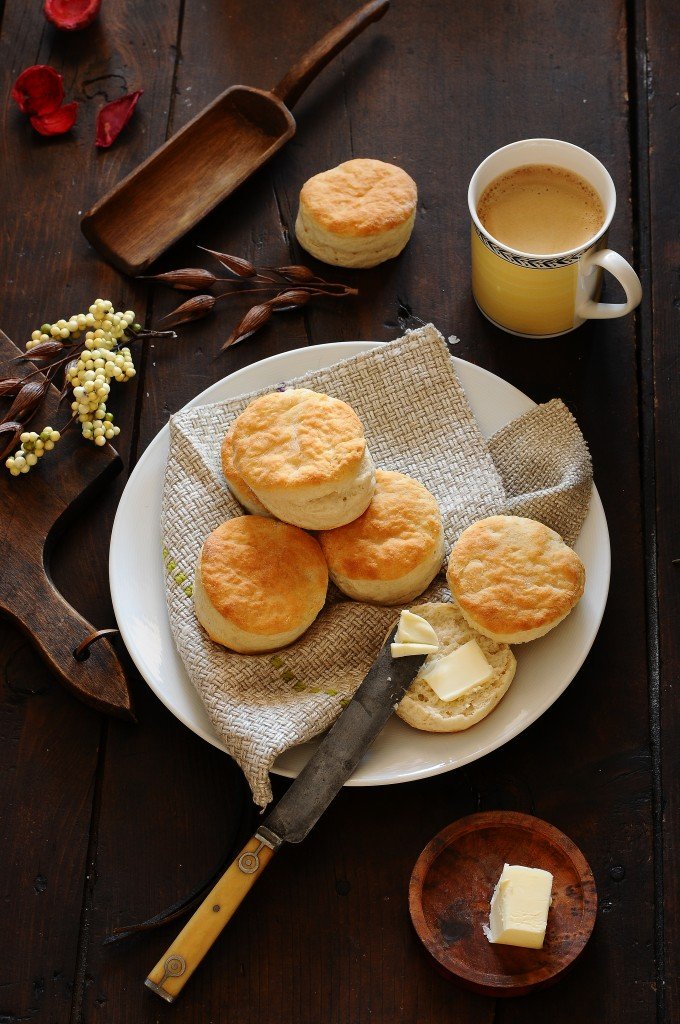 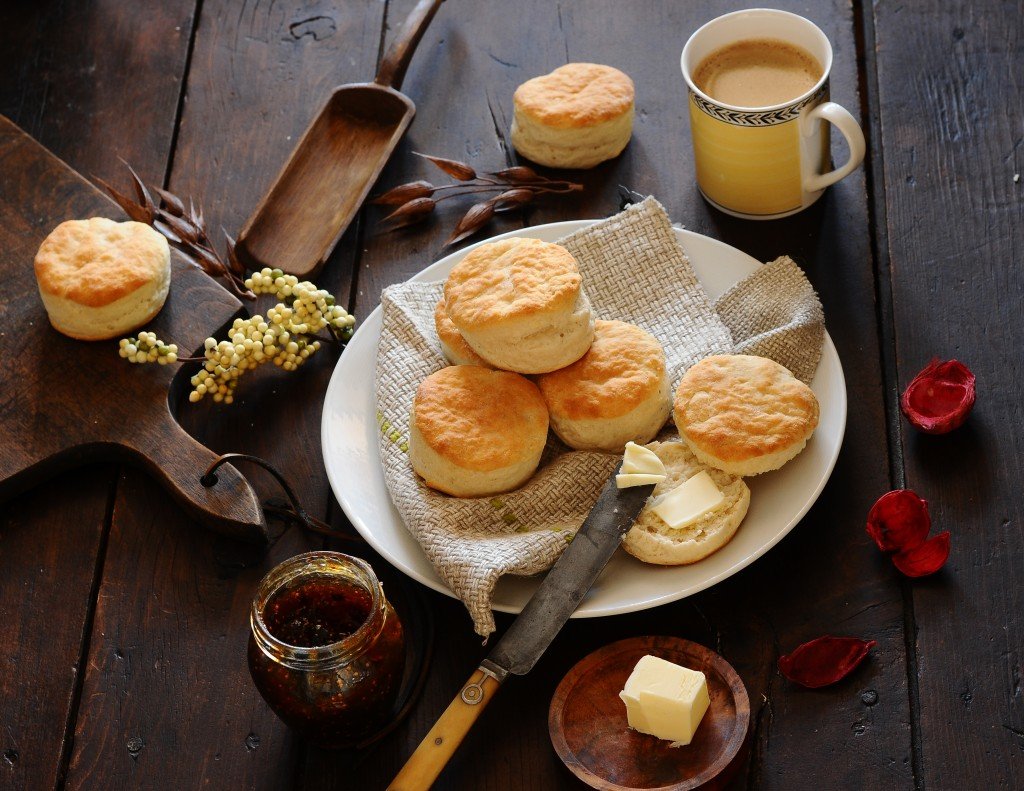 I love to eat a biscuit fresh out of the oven, still warm with a little butter and jam along with a freshly brewed cup of coffee.  Or serve with a side of sausage gravy for a satisfying traditional  Sunday morning Southern breakfast. 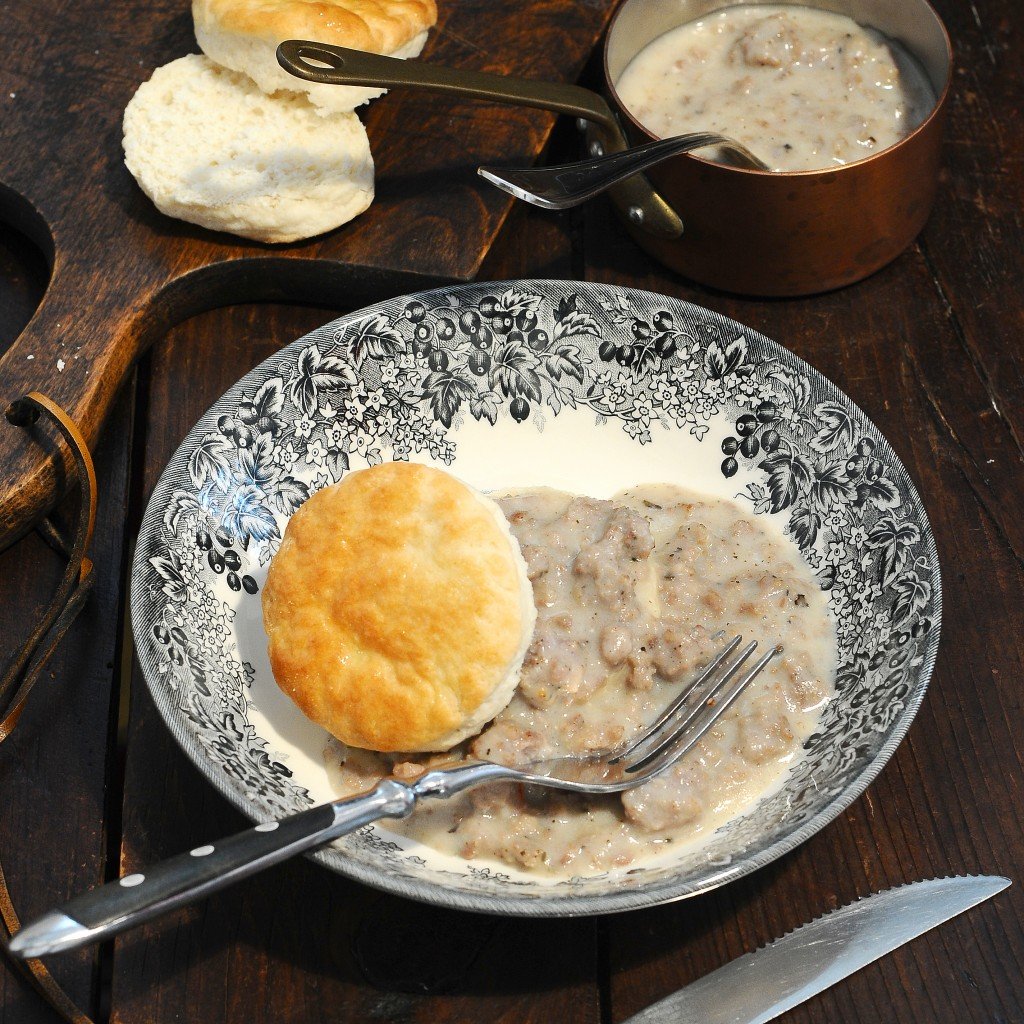 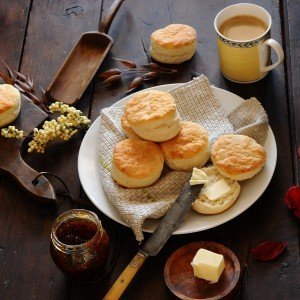 Praise the Lord, pass the biscuits

Keyword Biscuit
Tried this recipe?Let us know how it was!

Rösti, Bacon and a Poached Egg

Turmeric Milk with Honey and Ginger

How To Cook a Perfect Soft-Boiled Egg