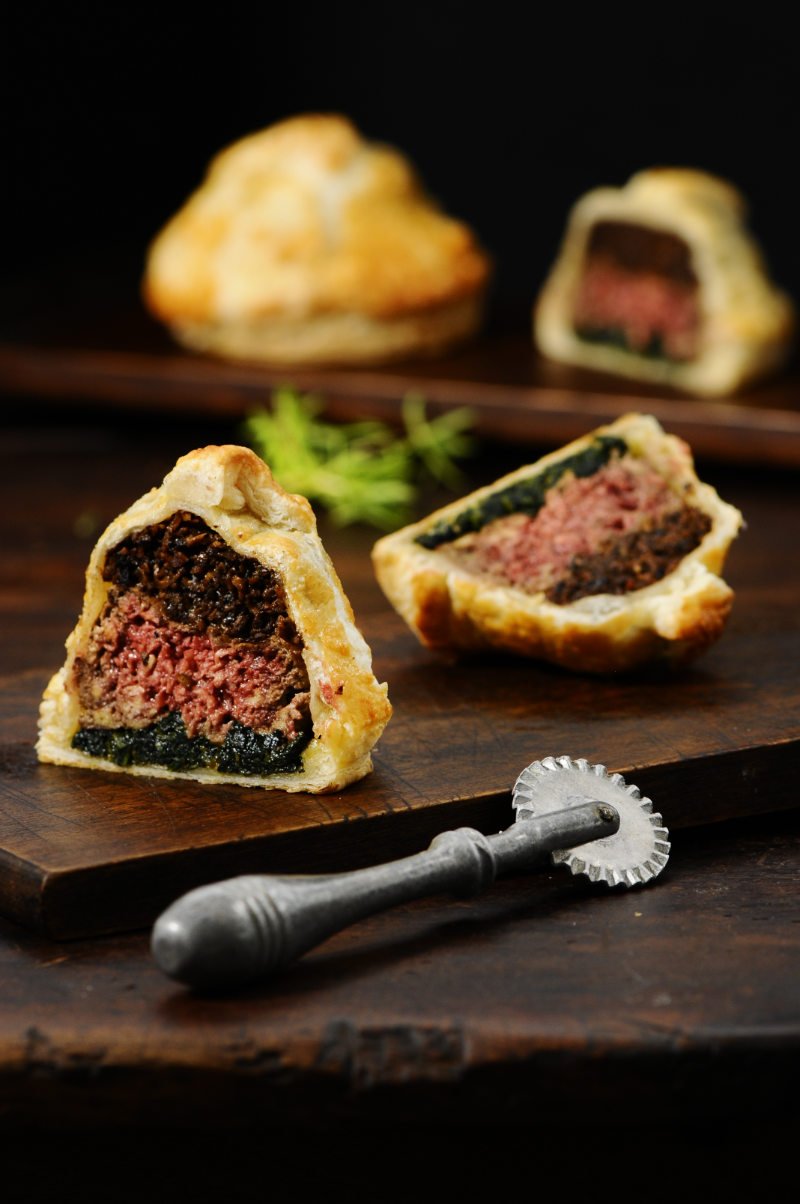 One hundred chefs were shipped Impossible Food’s groundbreaking plant-based meat in order to show off its limitless possibilities and to compete in a recipe contest.
Here is my grand prize-winning recipe for the Impossible Asian Inspired Wellington, with hoisin ginger-spiced mushroom duxelles & spinach.

We were blown away by this entry from the start of the contest. It would be a strong enough entry in a non-Impossible Foods contest, for the way it fuses Asian flavors with the traditional Wellington preparation, but the fact that it does so while making the Impossible meat look so medium-rare and juicy takes it to a whole separate level.”

The Impossible Asian inspired Wellington is meatless, created with heme, wheat protein, potato protein, soy protein, and coconut oil. Sounds like something the characters from the “Hitchhiker’s Guide to the Galaxy” would have stacked in their pantry on the way to visit the legendary planet Magrathea. Frankly, the meatless burger once and for all proves that future food production, with all the technology available today, will be even more exciting than we can imagine.
The Impossible Burger – Asian inspired Wellington is a recipe that utilizes the Impossible Burger as the center stage ingredient. Veggie burgers have been around forever, from black bean burgers to quinoa burgers.

I know you will agree, meatless meat is roaring into the food scene as a lifestyle change, not a trend. The impossible Wellington is a home run and the fact that it is meatless changes the playing field.
Plant-based sustainable diets that are nutritionally balanced and full of flavor are on the move. There is no doubt about it, adding “meatless meat” to the picture was only a matter of time.
I was trained using classical recipes where ingredients never ever changed.
Breaking the law and changing a classic was unheard of.
Creating a meatless version of a classic is something that not long ago would have been impossible and very bizarre. The only classic ingredient in the impossible version of the Wellington is the puff pastry and the mushroom duxelles, of course, without the Asian spices. 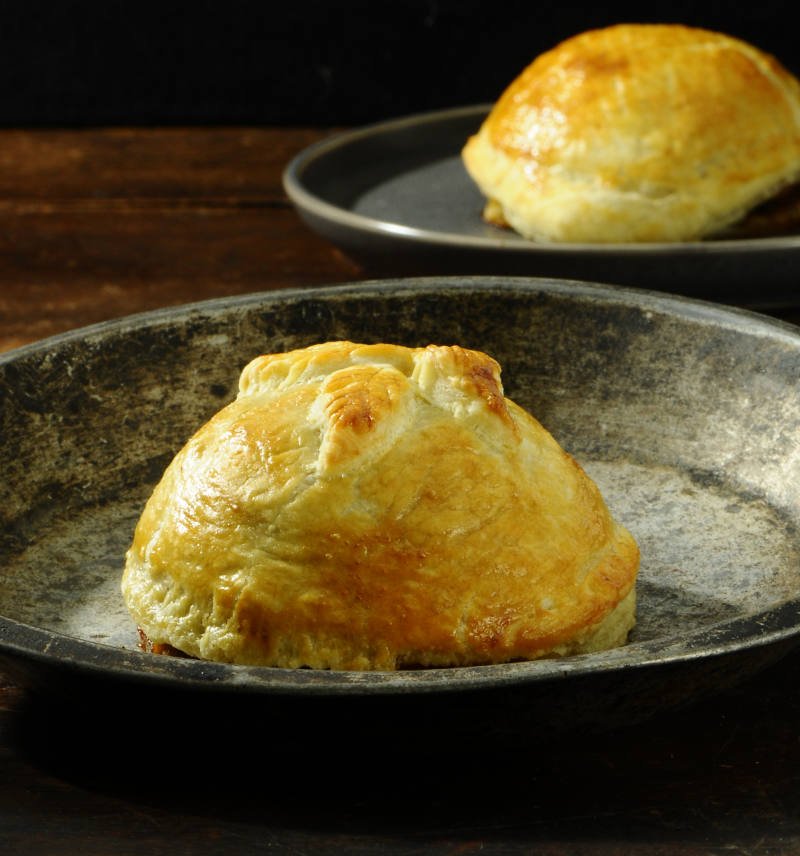 I have adapted to different cuisines all my life, from ethnic foods to classical French to Nouvelle cuisine. I’m always adventurous enough to want to try different flavors and different dishes, so cooking with meatless meat is just another culinary adventure.
The Impossible Wellington is an interesting recipe and one should wonder what food scientists have up their sleeve for the future. Will everyone be a vegan with the plant-based diet the only thing we eat?
Will ordering real beef be considered a special occasion meal?
Will everyone use a Hapifork, an electronic fork that helps you monitor and track your eating habits. FYI, the fork also alerts you with the help of indicator lights and gentle vibrations when you are eating too fast.
I believe real meat will never go away and the Impossible Beef is a great alternative for those looking for a meat substitute. 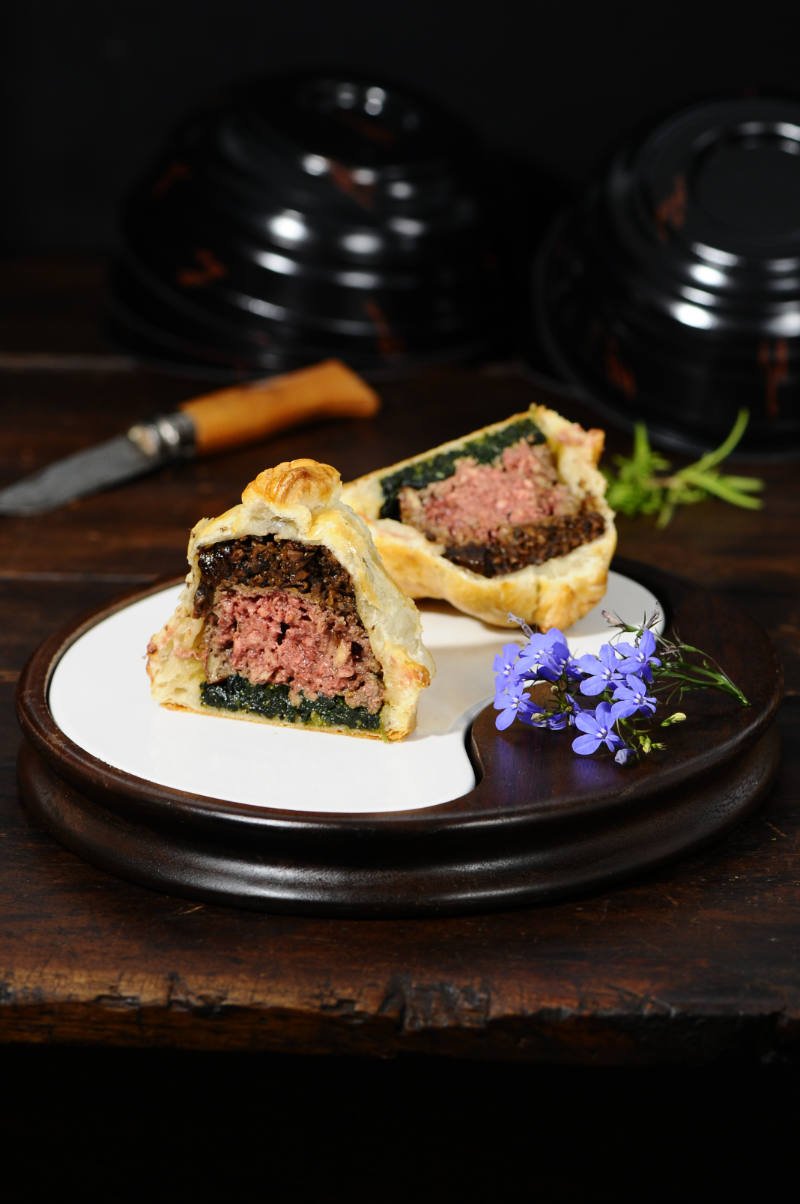 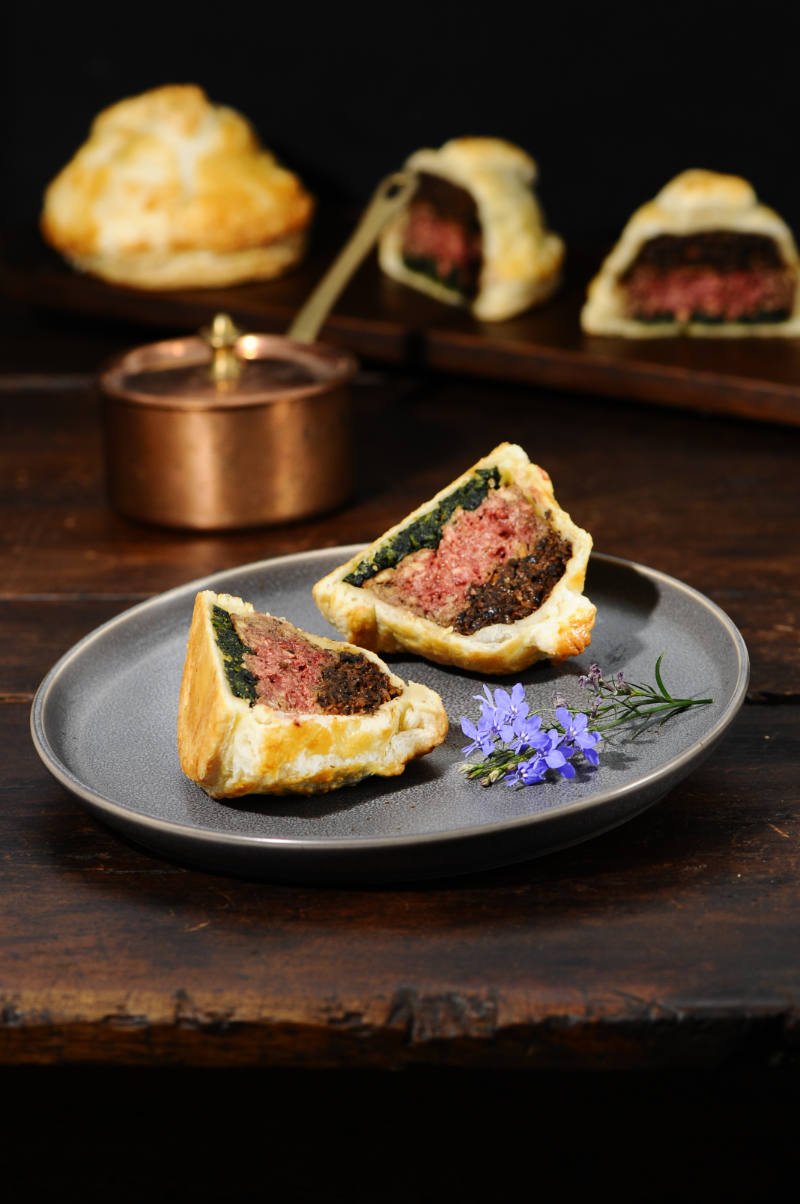 Beef Wellington is one of those dishes that we all agree on, tastes – oh so good and there will always be the need to indulge in something that is a classic dish.
The story behind the beef wellington is that the dish was created in celebration of the first Duke of Wellington, Arthur Wellesley, and his victory at the Battle of Waterloo on June 18, 1815.
That was the day the French army under the command of Napoleon Bonaparte was defeated by the Duke of Wellington, and a Prussian army under the command of Gebhard Leberecht von Blücher.
It is amazing to research the history of food and all the stories behind recipes.

The Taste:
Simply delicious, the flavor of the impossible meat is really good.
The ginger hoisin mushrooms add a ton of Umami.
“Meat” is maybe a little stringy – I don’t think they’ve quite gotten there on texture… yet.

The Process:
It takes some time to assemble the Wellington’s.
However, the work pays off with the presentation and flavors.

The Verdict:
For a Wellington that uses a plant-based burger, the dish rocks.
Pretty impressive, you would never know these Wellingtons are made with meatless meat.
The Impossible Burger is very tasty and can replicate the joy of eating a greasy burger without guilt.