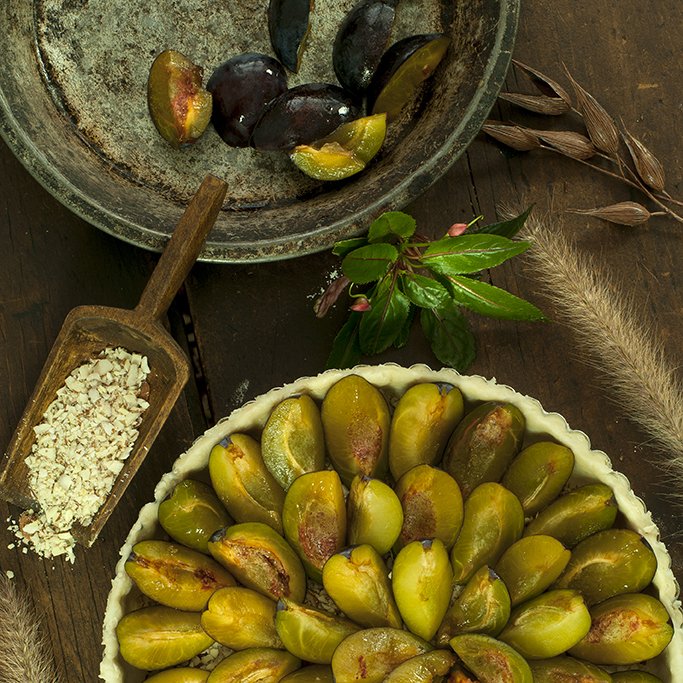 The perfect Swiss plum Tart, aka, Zwetgschenwähe is what I call a tradition over trend recipe.
The first mentioning of a wähe in Switzerland was in 1556. I know you agree, you can’t argue about a recipe that has evolved over centuries and has literally been in use for 461 years.
If you think Zwetgschenwähe is a tongue twister, try Eusi Lüti lütat lütar weder Lütis Lüti lütät, which translates to: Our bell sounds louder than the bell of the Lüti family.
How about that for a tongue twister and an awesome gargle-y linguistic challenge. I’m very familiar and pretty much understand the Swiss German dialect in the Canton of Argau, however, you need to keep in mind that they have about 12 additional Swiss German dialects. 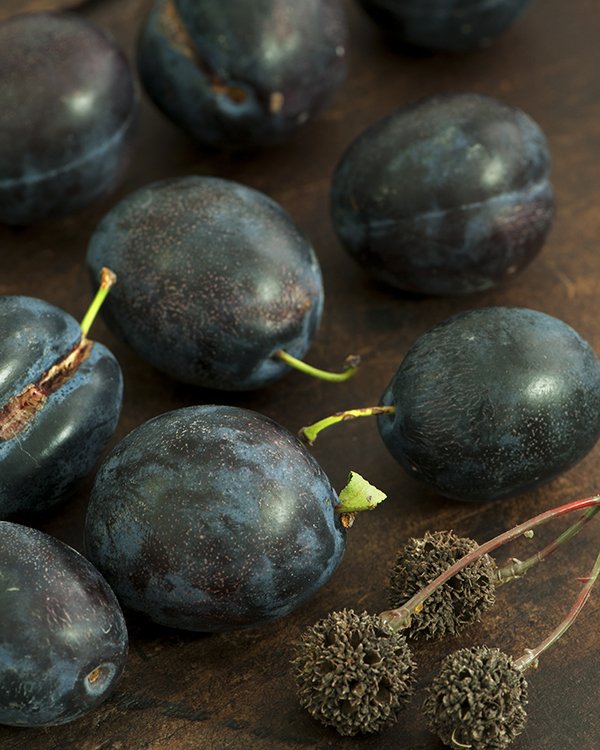 The first time I baked a Swiss plum tart or Zwetgschenwähe, as it’s called, was in the city of Basel.
Zwetgschenwähe is traditionally eaten on a Friday which is the meat free day in Switzerland.
Meatless Friday started years ago, even today there are bakeries in Switzerland that only bake wähe on Fridays. 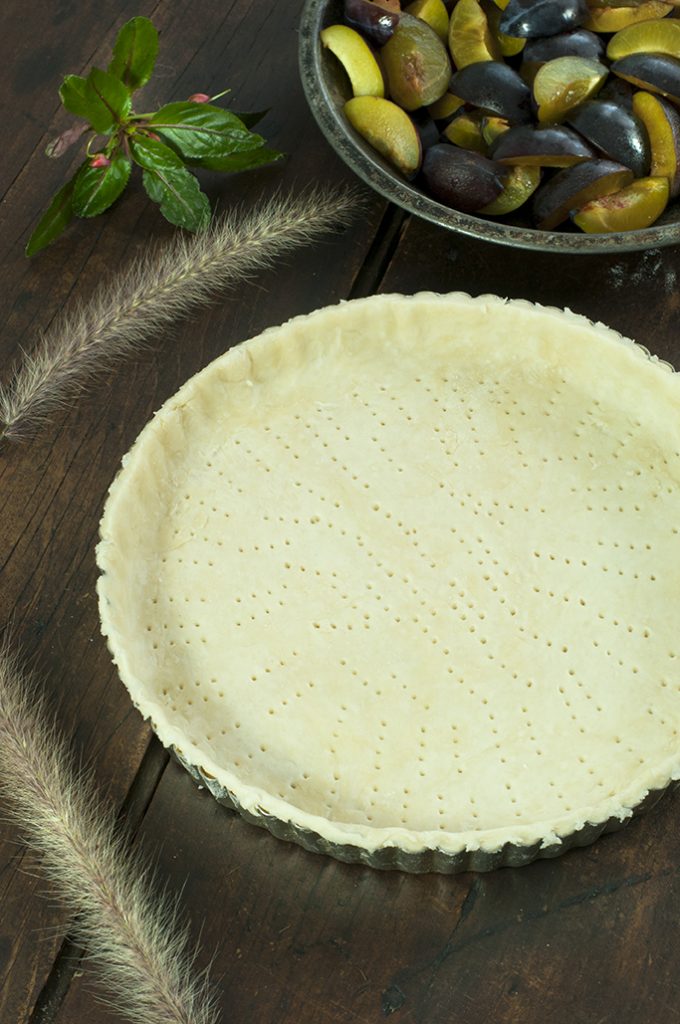 Docking or pricking the rolled-out dough with a fork lets the steam escape from the little air pockets that form while it’s baking.
If air is trapped between the form and the dough, it will expand during baking giving you bubbles and an uneven surface. Wähen are made in both sweet and savory forms — filled with all kinds of seasonal fruit, as well as quiche-style fillings. The dough is versatile, you can bake with rhubarb, peach, apricot or apples to blueberries, cherries or raspberries. The savory version gives you endless possibilities from onion wähe to cheese, spinach, tomato, broccoli to ground meat.
They might be the main course at noon or a simple evening meal, especially in the German-speaking part of Switzerland. Most of the ingredients needed to make the dough you most likely have in your panty; so go ahead and do some baking. A pantry by the way in Switzerland is called a Chuchichäschtli. 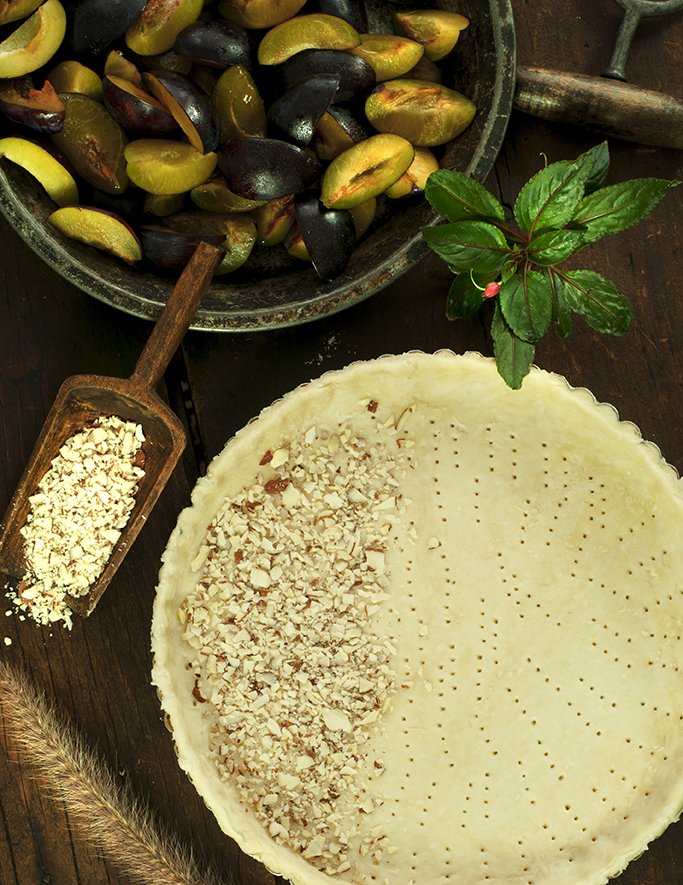 The classic version of a Zwetgschenwähe is baked with a custard like topping of cream, eggs and sugar. Across the border of Switzerland, in the Alsace region of France, they like to add a little of Crème fraîche to make a richer version. I have been patiently waiting for the first of the Italian plums to show up at the local farmers market. Italian plums are most often designated for drying to prune state, however, they are also well suited for eating fresh, cooking, baking and preserving.
For a classic Swiss Plum tart, you need to use an Italian plum. Using anything else is just not the same. 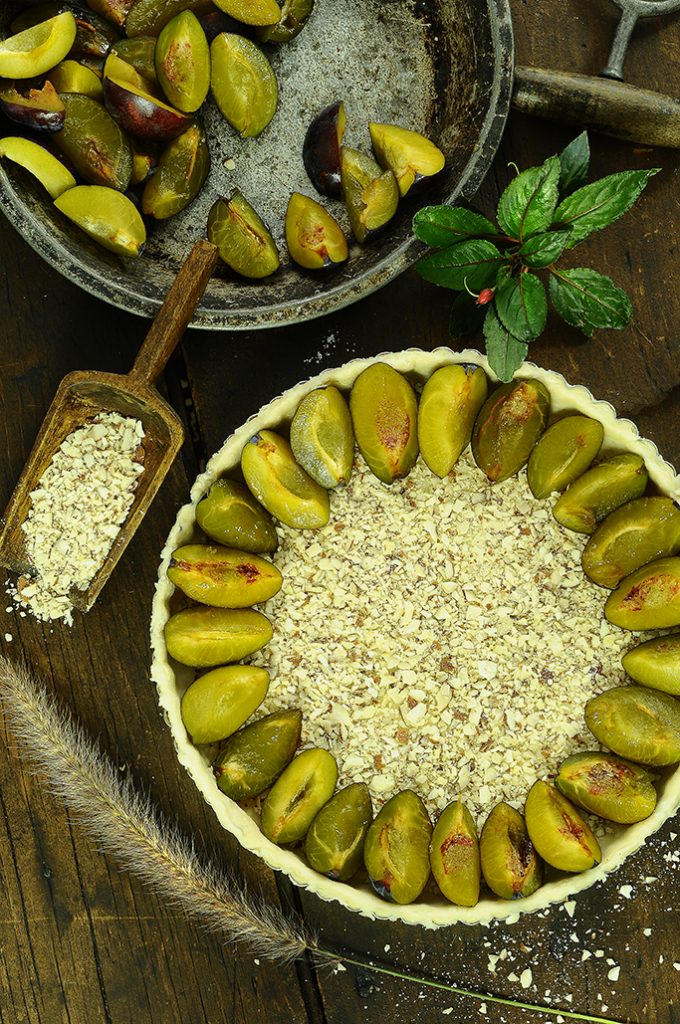 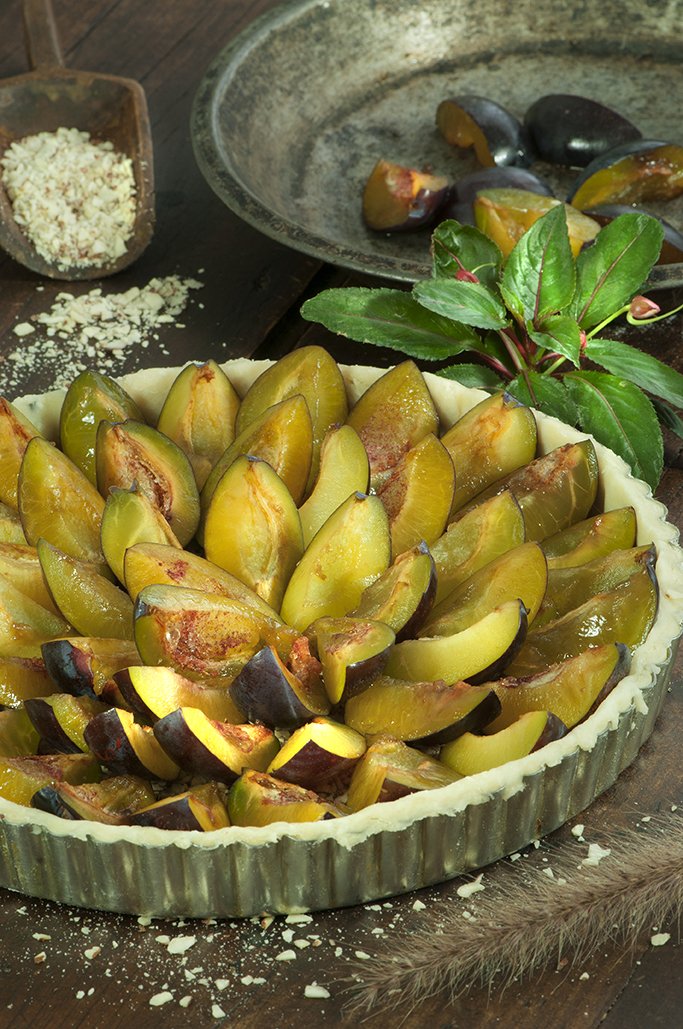 Fresh made pastries always taste better. The dough is a basic pie dough, easy to make so there is no need to purchase a readymade dough. Wrapped in saran wrap, the dough will keep a few days in the refrigerator and up to 3 months in a freezer. 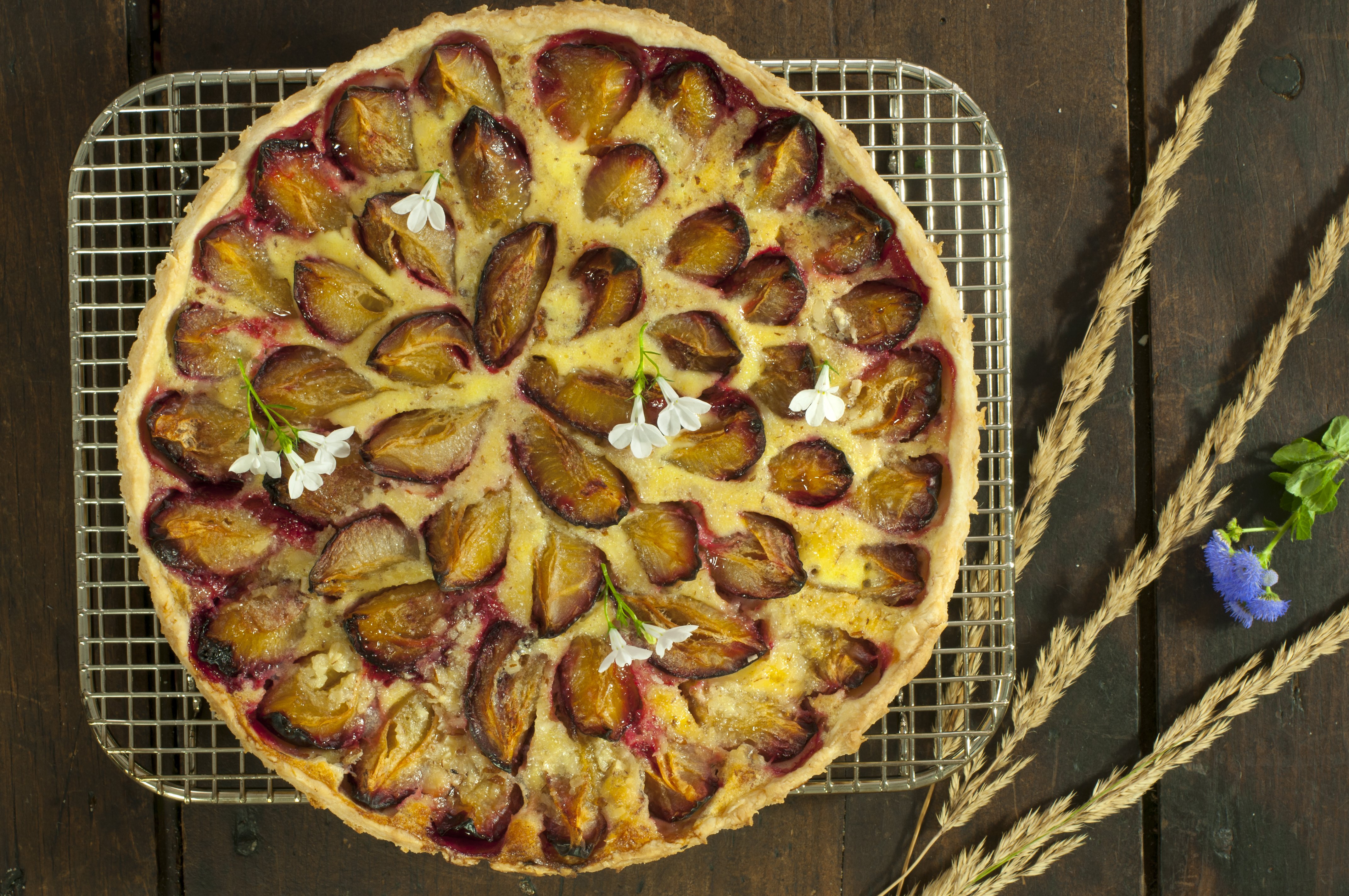 I was using a ready to use purchased pie dough to bake individual plum tarts. Very easy and a quick way to create an awesome meal. I still believe making a quick fresh dough is the way to go, however, sometimes it’s all about convenience and speed. 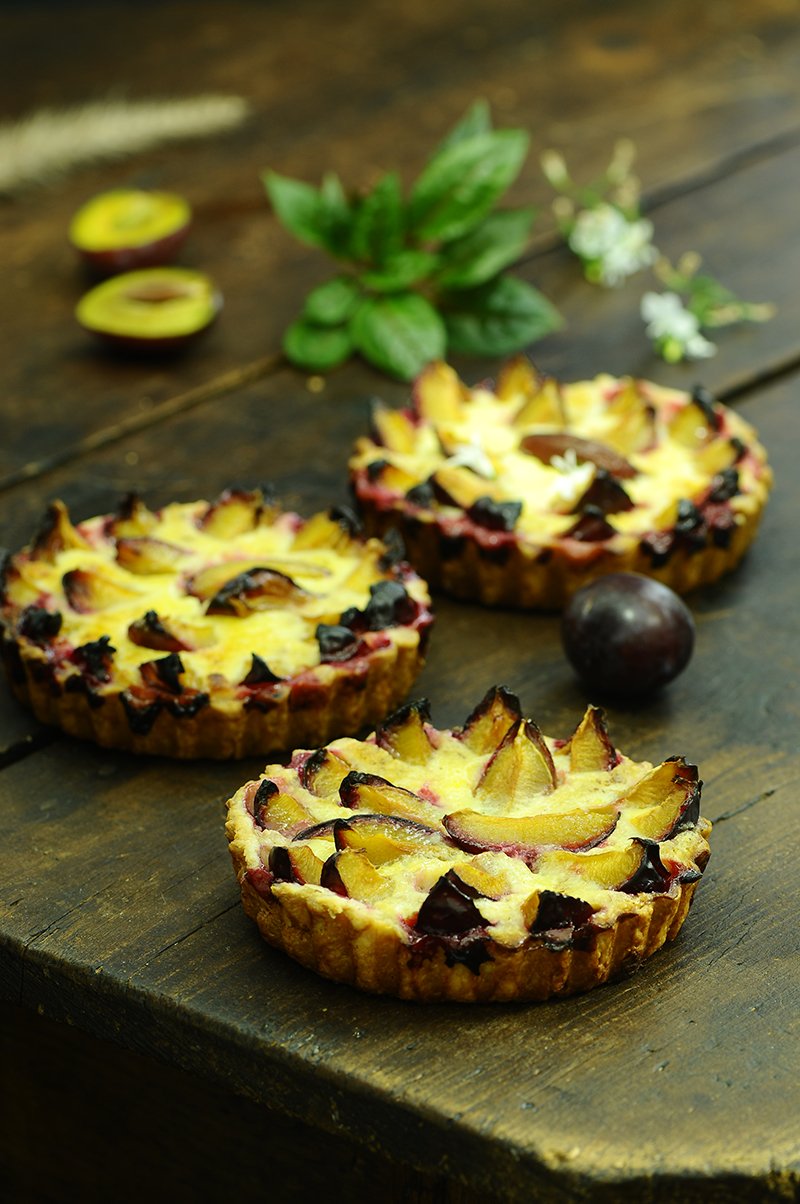 The Taste: Awesome flavor, not too sweet, the plums add a tart and wonderful sweetness.
A lovely to look at and delicious tart to eat, truly outstanding, scrumptious, perfect and easily one of my favorite summer fruit tarts.

The Process: Easy to bake, a Swiss plum tart is about the fruit and Swiss food is by nature not a fancy cuisine. Its success depends on using quality ingredients and care. All ingredients you need to make the dough are usually available in your pantry.

The Verdict:  The root of Swiss cooking is the art of using simple basic resources well. Home baked pastries always taste better. You can’t dispute a recipe that has evolved over centuries and has literally been in use for 461 years. Take advantage of the plum season and start baking.