Rösti bacon and a poached Egg. I guess you call it a hash brown on the USA, but for sure it is much better then that. If you want to cook something that is extremely easy and satisfying, in my mind Rösti is the perfect comfort food.  A dish that celebrates  simplicity and tradition, that at the same time is nourishing, not expensive and I promise you it will make you want to eat more. A good Rösti is something that if it is done right it is a dish that elevates simplicity to another level.

A crisp potato pancake that originated in the German speaking part of Switzerland. It is a classic Swiss dish, baked golden brown with a crispy crust, served steaming hot on a plate with crisp bacon and a poached egg.  A Rösti can be served any time of the day and as a main course or as a side. In a good “Röschtibeiz ” it is even served in the pan or on a wooden board. 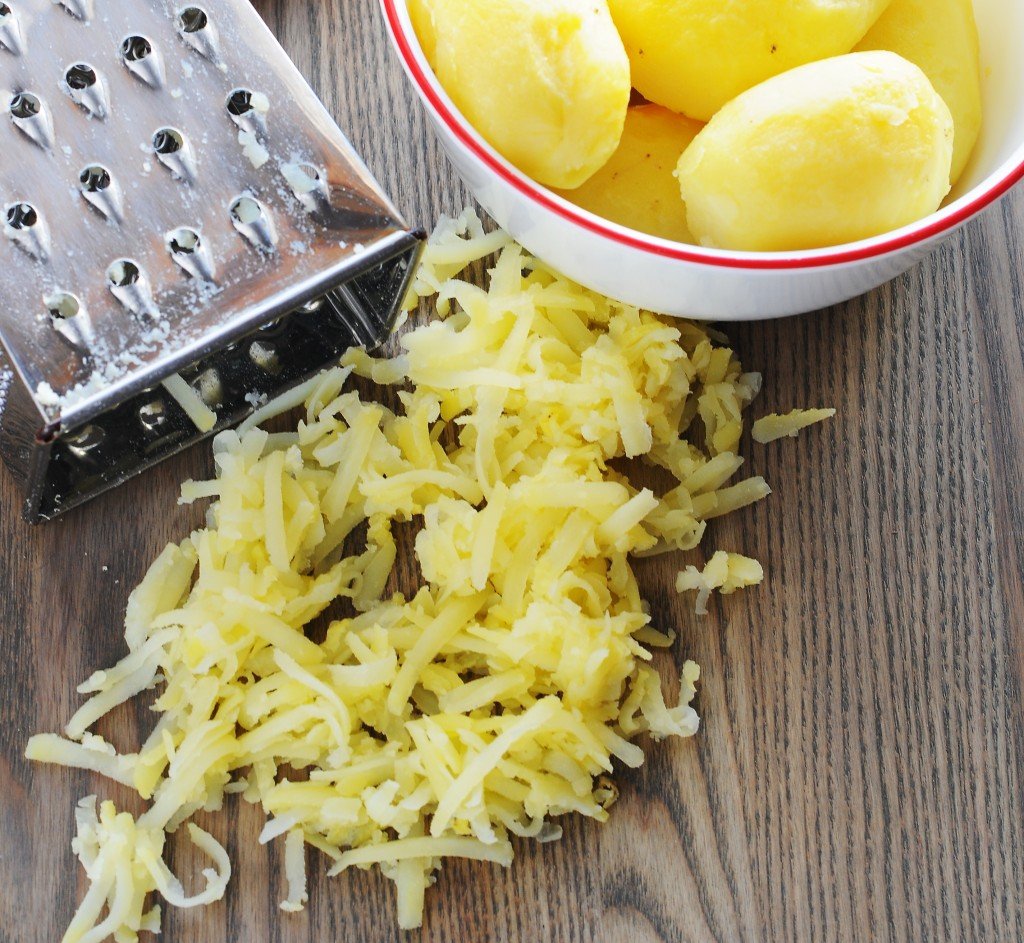 Moving from Stockholm, Sweden to Basel, Switzerland, and taking the position as a Chef Tournant at the Basel Hilton Hotel, I remember the discussions with a chef friend of mine about Rösti. Well, I found out that in the western part of Switzerland, they are made from cooked potatoes, and traditionally in Zurich, Rösti is made of raw shredded potatoes. The potatoes should be cooked the day before. Once the potatoes are cooked, they are peeled, kept in the refrigerator and shredded the next day. 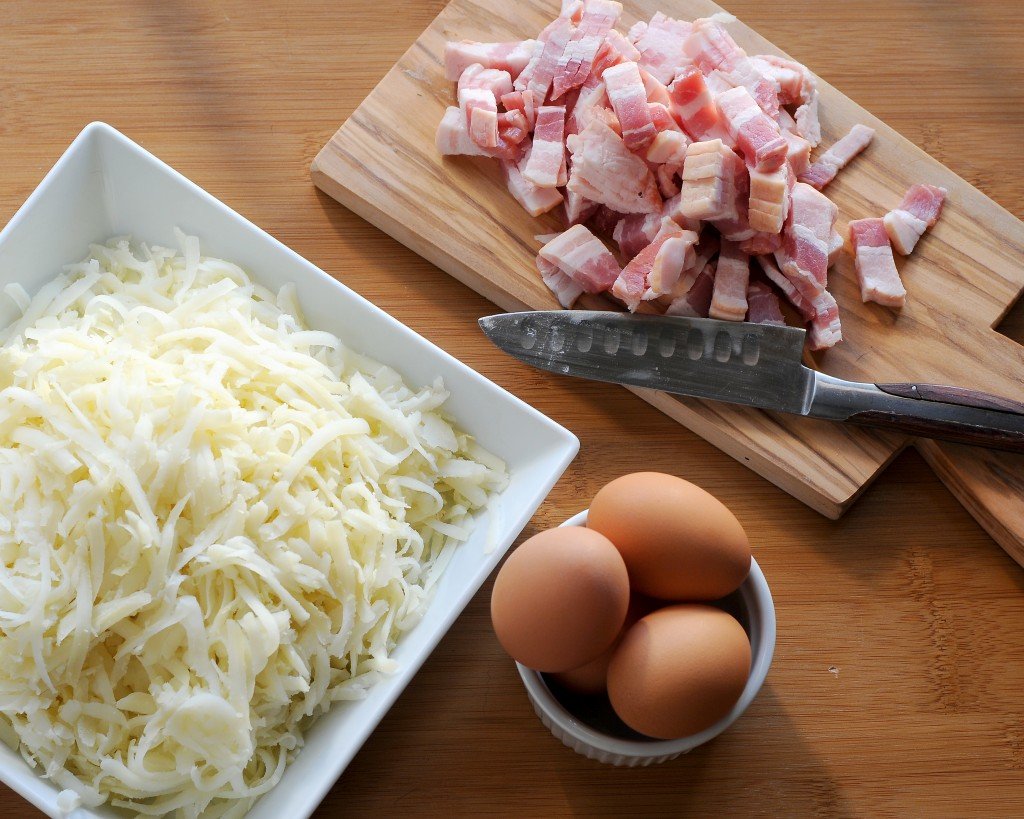 A Rösti is nothing else than shredded potatoes, no flour, no egg, only salt, and oil. The Swiss add a little piece of butter at the end that I omitted since I don’t think it is needed. It cannot get can get any simpler, in other words, to screw this one up — you must be trying really hard. Adding bacon, you have a Berner Rösti, adding a poached egg, you have a killer breakfast. 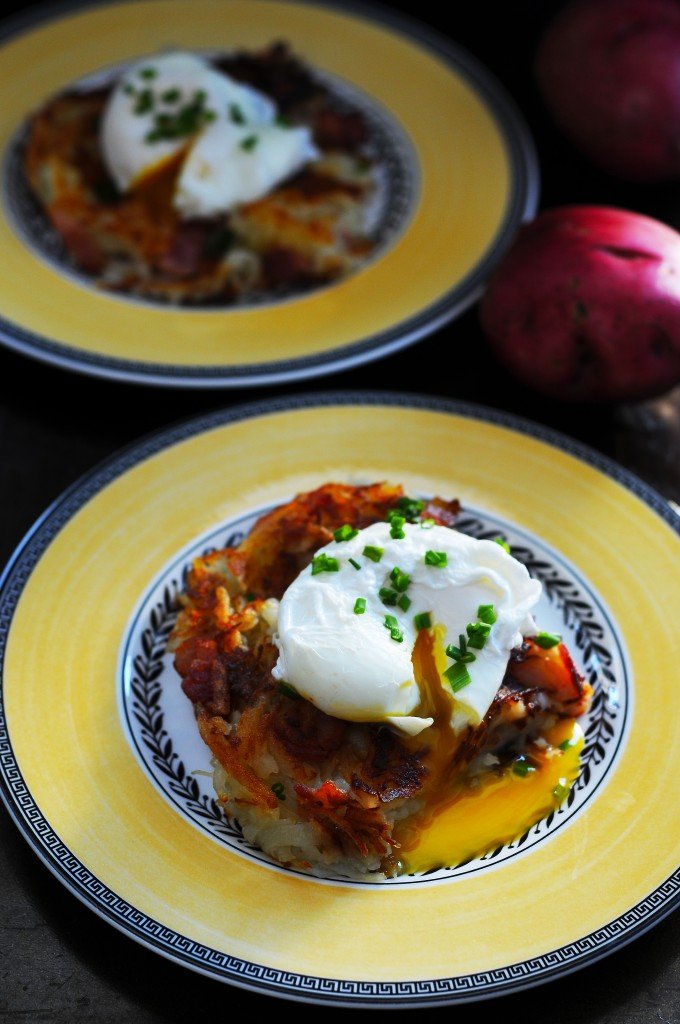 Made with only two ingredients it is actually so good it really does not need anything else.
I prefer a Rösti made from cooked Potatoes or Gschwellti, as they are called in Switzerland. A Rösti has to be crisp and golden on the outside and have a soft and melting awesomeness in the center. Adding melted Alpine cheese, or as in this case, bacon and a poached egg can turn a Rösti into a complete meal. 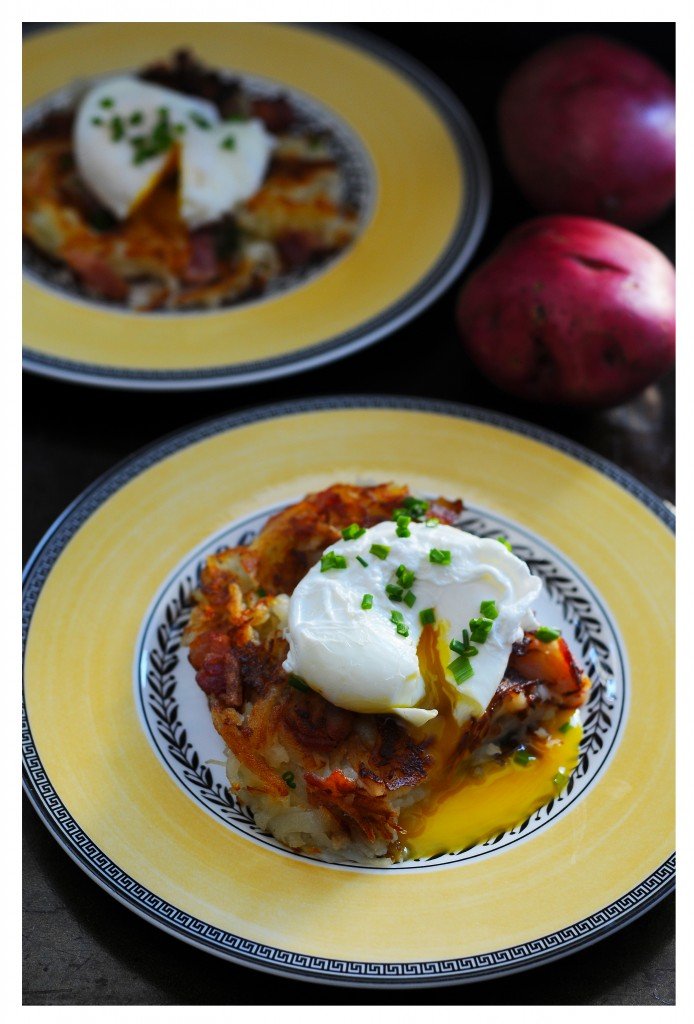 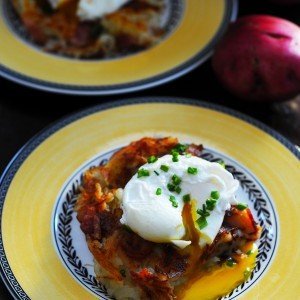 Boil the potatoes ( the day before )

Keyword potatoes
Tried this recipe?Let us know how it was!

Praise the Lord, pass the Biscuits

Turmeric Milk with Honey and Ginger